Virtual reality (VR) systems are the new craze now a days with the ability to immerse the user into a different world that they can interact with. There are various manufacturers of VR systems including, Sony, HTC, Oculus Rift, Google, and Samsung. Some systems involve splitting one image between the eyes or presenting slightly different images to each eye to achieve a stereoscopic view (3D effect). Each system is either connected to a console (PS 4 or PC-tethered for example) or mobile-friendly. There are pros and cons for each and choosing a system is dependent on what the user is expecting from their VR experience. 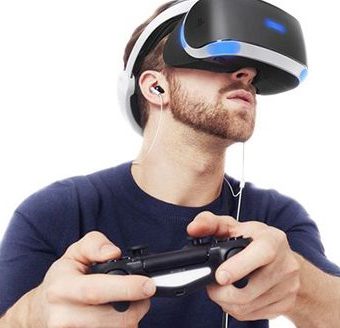 Concerns with VR systems arise from the proximity of the screens to the eyes causing eye strain and fatigue. There are built-in plus lenses in the VR headsets to aid with near point accomodation (focusing at near) and to help relax the eyes from over-converging (eyes positioning too close together). Some users may still experience eye strain and fatigue despite these lenses though. It depends on how well their own accomodative system can adapt to the VR system and how much their eyes naturally converge when plus lenses are placed in front of their eyes (everyone’s binocular system is different). Despite having the built-in lenses in place, there is still a concern for blue light exposure – as there is with any sort of screen time (TV, computer, cell phones, tablets, laptops, etc.). It is important to include this in your total screen time per day and to take breaks accordingly to avoid excessive exposure because we aren’t able to make adjustments to these systems to reduce the amount of blue-light exposure. The same goes for children playing VR games – include this in their total screen time to make sure it is controlled according to their age-group suggested screen time allowances. 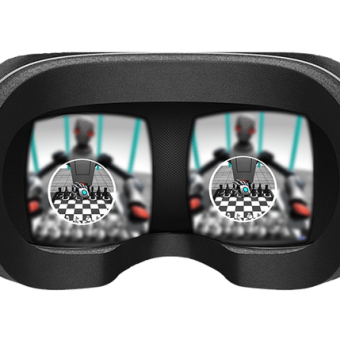 VR systems are actively being used for treatment of amblyopia (lazy eye) and other binocular vision issues in children. It forces the brain to activate both eyes to achieve true stereopsis. Long-term studies have not been conducted but many optometrists in the field utilizing VR systems for treatment are pleased with the results. There are specific programs geared towards teaching the brain to use both eyes and achieve fusion. It is important  that we have true stereopsis (ability to achieve fusion of the two images received from each eye) to experience VR systems. If your eyes never developed that capability at an early age, it is likely that you will not be able to experience what VR systems have to offer. The brain is not able to fuse images that are too different and will pick the eye with the clearer image to use while cutting out the other image.

For those of us that have eye positioning issues, VR systems may also be difficult to use depending on how severe it is. If you’re not able to bring your eyes close enough together to fuse the images projected in front of your eyes, VR systems may cause headaches and eye strain. When we read, our eyes come closer together to fuse the images. If your eye muscles are weaker than normal or are not able to come close enough together, you will not achieve true binocularity with VR systems – thus not able to experience 3D. The plus lenses that are built into the VR headsets are meant to relax our convergence systems so they don’t over-converge but if our eye muscles are not able to come close enough to begin with, the extra plus will only push our eyes further apart and break fusion. This is also dependent on how our ocular system reacts to having plus lenses placed in front – how much our eyes relax when plus lenses are being utilized. 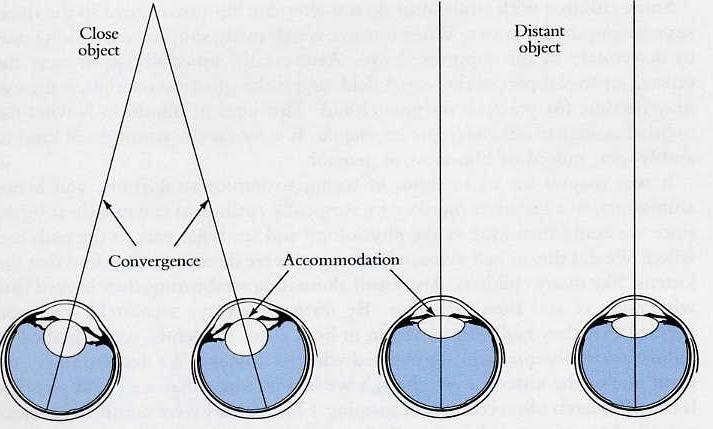 Overall, VR systems are a new emerging system that can be utilized for patient treatment given the right conditions and a great form of entertainment to explore new worlds from our home. As with everything else, we just need to remember that too much is not good. It is important to give our visual systems a rest and to ensure we are not over-exposing our eyes to blue light. Take breaks (the 20-20-20 rule) and ensure that our eyes are protected when spending time on other devices.

One thought on “Virtual Reality Good or Bad? – Optometry Blog”