Ocular migraines sound like they might be something painful, but in actuality – they’re not. Migraines can often be quite painful for people who experience them and are most likely the people that also experience ocular migraines as they are commonly a precursor to the actual migraine. However, they can also on their own without the migraine to follow. Migraines with auras is also common where people experience visual disturbances with their migraine at the same time – often seen as squiggles in their vision or glowing auras around things they see. 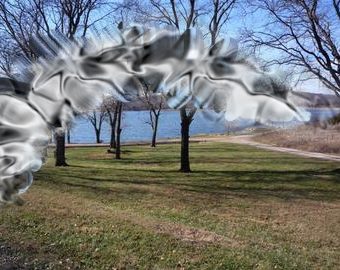 To start, ocular migraines are visual disturbances that can occur in one or both eyes. They will often manifest as “hallucination” type visuals similar to the auras seen with migraines with aura for short periods of time. For some people, it might include partial or complete loss of vision in the affected eye. Be sure to tell your optometrist about these symptoms if you do experience them as transient loss of vision can also mean other things that require further work-up.

The cause behind ocular migraines is still relatively unknown as it’s a hard phenomenon to study. There are usually no precursors as to when they will occur or predispositions as to who will experience them. It is thought that it has to do with the blood flow and circulation to the optic nerve and retina. When there is an interruption or disturbance in the regular blood flow/circulation, it affects how the retina and optic nerve function causing the visual disturbances. Why or how these blood flow/circulation changes happen is still unknown.

There are no known drugs or treatments to make the visual disturbances dissipate faster. They largely will stop on their own within a given time frame. If you are in the middle of driving or performing other tasks that require normal vision, it is best for you to pull over or stop what you’re doing and wait for the ocular migraine to dissipate on it’s own.