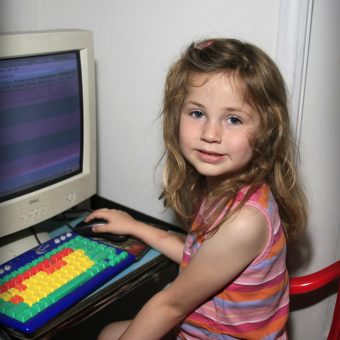 So now that we’ve talked about what blue light is and how it affects us as adults, I wanted to talk specifically about how it negatively affects children. Little humans now a day are much more exposed to electronics than we (90’s and older children) were at the same age – computers were only just starting to emerge at that time and the type of monitors were vastly different from the LED we see today. It is true that computers are a great source for learning and have opened the horizons for our children but let’s face it, how many children are actually using devices for learning. Majority of what I see is children playing games on devices or parents using devices as a way to keep their children occupied. 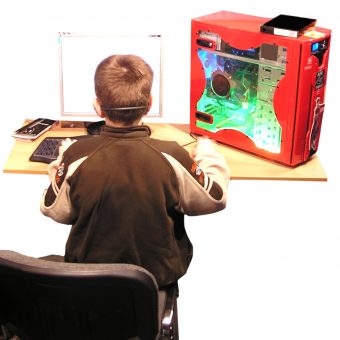 In addition to the things I mentioned in the previous post, excessive blue light exposure has been shown to increase the chance of children developing progressive myopia (near-sighted). Research has shown that focusing on digital images causes more eye strain on the eyes than focusing on physical print on a book. The constant strain put on a child’s eyes is linked to the increase in myopia seen in school-aged children. The eyes change the most between the ages of 5-20 (as the child grows the eyes also grow) so the environment in which a child spends most of it’s time is highly influential on how the eyes will change. Research has also shown that children that spend more of their free time playing outside are less likely to develop myopia based on the fact that those children are not focusing on screens in front of them but focusing far away as they’re running and playing (eyes are in a more relaxed state versus the eyes being in a constant strained position). Another negative ocular effect includes the increased chance of developing Age-Related Macular Degeneration (ARMD) later on in life. Other non-ocular effects include: attention problems, school difficulties, sleep and eating disorders, and obesity.

To protect our children we should be limiting the amount of screen-time they have on a daily basis. For infants under the age of 2 there should be zero solo screen time as infants this age learn better by interacting with people and physical things – not screens. So ensure that if your infants are using devices, that you are there with them and helping them learn together. For children aged 2-4 screen time should be limited to less than 1 hour per day. For children aged 5-11 and 12-17 less than 2 hours of screen time per day. Mind you this is idle screen time meaning watching TV or playing non-educational games. If the child is engaged in what’s going on and the parent is there to help the child learn, then it’s a different story – there’s actual brain activity going on. Exposure to blue light should still be limited but at least if the child is engaged or learning during this time it’s not as bad. 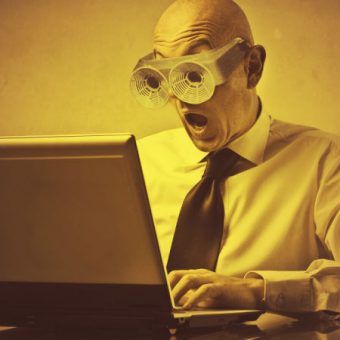 Another method is to ensure your child has computer glasses to wear that have a blue-blocking coating while they are on devices to prevent the blue light from entering their eyes. A computer prescription is different from regular glasses. The focus point for computer glasses is brought closer to the person (about arm’s reach) so that the eye muscles do not need to work so hard to keep things in focus – the glasses do half the work for them. Don’t worry, this is not making your eyes “lazy” – it’s actually helping to relax the eye muscles so they don’t get over-worked and become strained. In addition to having the blue-blocking coating, these glasses will help to reduce the risk of progressive myopia and protect the eyes from all the negative health effects of excessive blue-light exposure. This also holds true for adults that have an office job and spend a lot of their time on a computer.

Computers are one of the greatest inventions and have helped us do so much. It’s not that they’re bad for us, it’s that we either use them the wrong way or don’t protect ourselves from the negative effects they can have. Too much of anything is bad so we have to learn to use computers in a healthy way and ensure our kids use them in a positive manner as well so it ends up being a good thing and not something to be feared.