September is children’s vision month! We would like to bring some awareness to why it is so important for children to have their eyes checked annually by an optometrist. It is not enough for children to simply have a screening at school because many problems that children can develop are not diagnosed based on if they can see clearly or not. Many binocular vision issues can develop with children who have 20/20 vision. These issues can manifest as children who don’t like to read, have trouble reading, or don’t pay attention in class. Children have often been diagnosed with learning disabilities based on those symptoms when in fact they had binocular vision problems – NOT learning disorders. 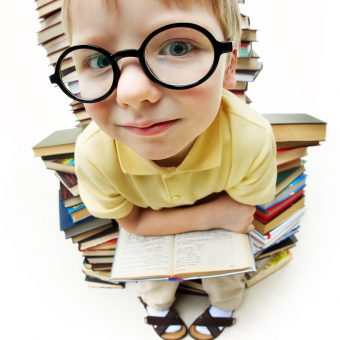 A child should have their first eye exam around their first birthday. Pediatricians will be able to detect any major health issues during a child’s early years so it is not as important to come in any sooner than that. If no problems are detected during their first exam, the next exam should be around year 3, then year 5 (if no problems arise). A child will be scheduled to be seen more frequently if there are issues found during those examinations. After a child turns 5, eye exams should be done every year until the age of 18. As a child is growing, their eyes are also growing and changing the fastest. It is during these early childhood years that binocular vision issues can arise. The earlier the problem is detected, the better the outcome will be. Brain plasticity is much higher at younger ages so the earlier the treatment is started, the higher the success rate.

Common eye disease and binocular vision issues for children include: pediatric cataract, myopia (near-sighted), hyperopia (far-sighted), astigmatism, amblyopia (lazy eye), and convergence insufficiency (inability or weakness of the eye muscles used for moving the eyes inwards together). It is important to diagnose all of these at an early stage to avoid any sort of permanent vision loss.

Bring your child into Wink, your local Burnaby optometry clinic, today to ensure your child’s eyes aren’t hindering their learning.